The St. Bavo Cathedral is the episcopal church of the Roman Catholic bishopric of Haarlem-Amsterdam. Bishop Bottemanne began the planning for the construction of a new cathedral in 1893. Originally, Pierre Cuypers was to design the church, but on the basis of his age, his son, Joseph Cuypers, was commissioned. Cuypers initially designed a neo-gothic church, but finally, after numerous changes for the Neo-Romanesque style, influenced by the Byzantine and Art Nouveau styles. Construction began in 1895. On April 1, 1898, the cathedral was consecrated.

The renovation of the church began in 2005. The building is rich in special architecture and art. With the new lighting, the special feature of this art comes to fruition. The arcs are highlighted with linear lighting solutions from LED Linear. The Contour 004 with a variation of 10° and 30° linear lenses was used. Within the profiles the VarioLED™ Flex HYDRA LD15 was used in W825 and W827. The church is now impressively illuminated. 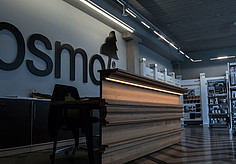 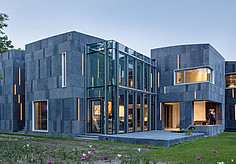