The new facade of the Galeries Lafayette Centre Bourse in Marseille, designed by Moatti-Rivière, is an architectural masterpiece, which is embellished with a spectacular light line of LED Linear. The project was recently awarded with the "Prix Versailles Architecture Commerciale 2015".

The feminine sculptural architecture of the building is expressed in three waves, accented with LED lighting. The three LED light lines, formed with the  VENUS of LED linear, were used in each case at the edge of the three waves. The movement of the waves is thus emphasized gracefully and continuously.

The unique façade is not only decorating the building, but simultaneously creating a shelter from rain and sun for visitors. The fully glazed facade also plays a dual ecological role: it lets natural light into the building and acts as a filter for optimized thermal quality inside the building. The architectural idea behind: the wavy design of the façade is symbolizing the Mediterranean Sea and thus creates a reference to the location of Marseille. 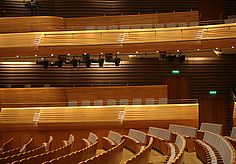 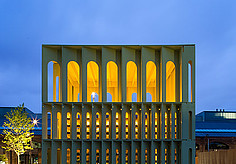