The impressive building is situated in downtown Santa Monica. Upon acquiring the property in 2012, a renovation program was launched to modernize the lobby and entrances, create a public plaza, illuminate the façade and add upgraded building systems. Renovations were completed by the end of 2013.

Since then, the building is mainly due to the horizontal integrated light lines in the façade the a nightly attraction on the Broadway. By the opal encapsulation of the integrated VENUS light lines, the light is perfectly homogeneous and a light pollution is prevented. 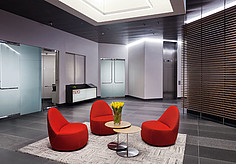 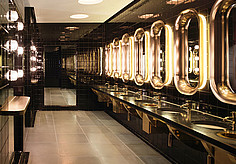