The first of its kind in Israel to employ the services of an architectural lighting design studio, Dalia Energy plant enlisted the help of Studio Twilight to develop a scheme that would create a landmark with minimum damage to nature and maximum visibility from surrounding areas.

The surrounding wall is decorated by a warm glow from LED Linear KALYPSO HYDRA HD15.

Especially this contrast between the warmer decorative wall lighting and the cooler, more functional illumination of the energy plant, make it an appealing landmark.  Studio Twilight has carefully selected and positioned luminaires to impressive effect. In doing so, it has provided an industrial project with a strong identity defined by light that is both sensitive to its environment, while remaining true to its function.

In the conference room inside the power plant, XOOMINAIRE 7066 was used. With this modular luminaire it is possible to install up to 3 flames in the fixture. 2 flames for direct illumination and one lamp for indirect illumination. The indirect lighting makes the room seem higher and generally brighter. In the direct are, an opal cover was used. Thus, an asymmetric, wide light distribution with a very uniform illumination can be realized. 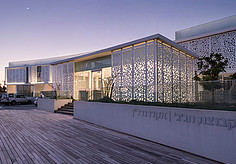 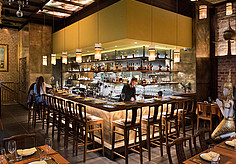